The United States has a long history of discrimination and prejudice that has led to a lot of struggles and negativity for a lot of groups. Currently, our nation holds discriminatory attitudes and practices towards many minority communities. A lot of this can derive from ethnic, religious, racial, and gender prejudices that set our nation back. Ever since the horrific events of September 11, 2001 (the day our nation was under attack), the Muslim community has been under strict scrutiny when it came to people’s fears and paranoia. After the terrorist attacks, Muslims across the nation were immediately looked down upon and many even saw themselves being watched by the American government. During this time (War on Terror), America was essentially seeing a rise in Islamophobia (dislike/prejudice against Islam/Muslims) that would eventually hurt community relations, and scrutinize innocent Muslim Americans. Now with the continued War on Terror (fight with ISIS), America sees itself heading in the same direction with negative Islamic attitudes, as well as outrageous political bans. In order for terrorism to cease and Islamophobia to end America (the government and the rest of non-Muslim society) has to be in more effective community relations with Muslim communities to ensure prosperity, security, and freedom for all is obtainable.

After the 9/11 attacks, many blamed the whole religion of Islam for preaching destruction and violence, without even considering that these hijackers (terrorists) were extreme radicals. In the Times article, “The True, Peaceful Face of Islam,” author Karen Armstrong explains that the the very word Islam is related to a longing for peace (Armstrong, 2011). When the Prophet Muhammad brought the inspired scripture known as the Koran to the Arabs in the early 7th century A.D., a major part of his mission was devoted precisely to bringing an end to the kind of mass slaughter we witnessed in the 9/11 attacks (Armstrong, 2011). However, American society does not tend to see this peaceful side of Islam, but rather mostly sees the skewed version of it from radicals. There are those in American society who see a correlation between terrorism and Islam, yet they fail to understand the idea that there are people who misinterpret scripture and take it to the extreme. Some of these extreme radicals who skew the religion of Islam (to tailor their need to kill innocent in order to get their point across) are considered fundamentalists. Fundamentalists of any religion are the one’s who take the idea of warfare and self-defense to the extreme (making them radical) without even considering a peaceful option (such as Islam proclaims). As Armstrong notes, it would be as grave a mistake to see Osama bin Laden as an authentic representative of Islam (Armstrong, 2011). From already knowing that the many American citizens see Osama Bin Laden (mastermind of 9/11) as a representation of Islam is disturbing, and is the kind of mindset that leads to prejudice, discrimination, and scapegoating of millions of Muslims who wish to cause no harm. The religion of Islam is often unfairly presented as hateful and violent, which leads to a lot of prejudice and hatred towards Muslims in America. Currently, Americans are tending towards less favorable views of Islam which has led to a lot of negativity in U.S. communities (Zaal, 2015). According to the Council on American Islamic Relations, civil rights violations targeting Muslims in the workplace, at religious institutions, and in schools have escalated (Zaal, 2015). Sadly, many Muslims have overall been looked down upon, and have often been seen as second class citizens. The media is also a big factor in spreading Islamophobia, that includes spreading fear across the nation. Hundreds of images (media) portray Arabs as violent and barbaric (Zaal, 2012). These inaccurate depictions sometimes lead to people taking part in hate crimes against Muslims. Hate crimes against Arab and Muslim Americans have even increased dramatically in the months and years following September 11, 2001 (Cavendish, Disha, King, 2011). Many of these anti-Islamic attitudes showcases people acting in physical and psychological harm, with many Muslims often in fear for their lives. The threats of burning copies of the Koran on the anniversary of 9/11 suggest that stereotypes portraying Arabs and Muslims shows that’s negative attitudes towards Muslims is still consistent in American society (Cavendish, etc, 2011). In the eyes of many non-Arabs, a relatively large concentration of Arabs or Muslims may trigger fears of terrorism or mass violence (Cavendish, etc, 2011). Gallup polls have even indicated that almost a quarter of Americans singled out Arabs as being suspicious (Cavendish, etc, 2011). This suspicion that a lot of Americans have would mean that many would want Muslim (Middle-Eastern) people to be consistently watched and checked, as if they can never be trusted. 58 percent of Americans favored a requirement that Arabs have a special and more intensive screening process at airports (Cavendish, etc, 2011). This would mean that Homeland Security officials (TSA) could have Muslim people step aside, which increases racial profiling and prejudice. The animosity towards Muslim people is a huge problem that creates divides in our society and often discriminates (and persecutes) people, which leads to frustration on both sides. 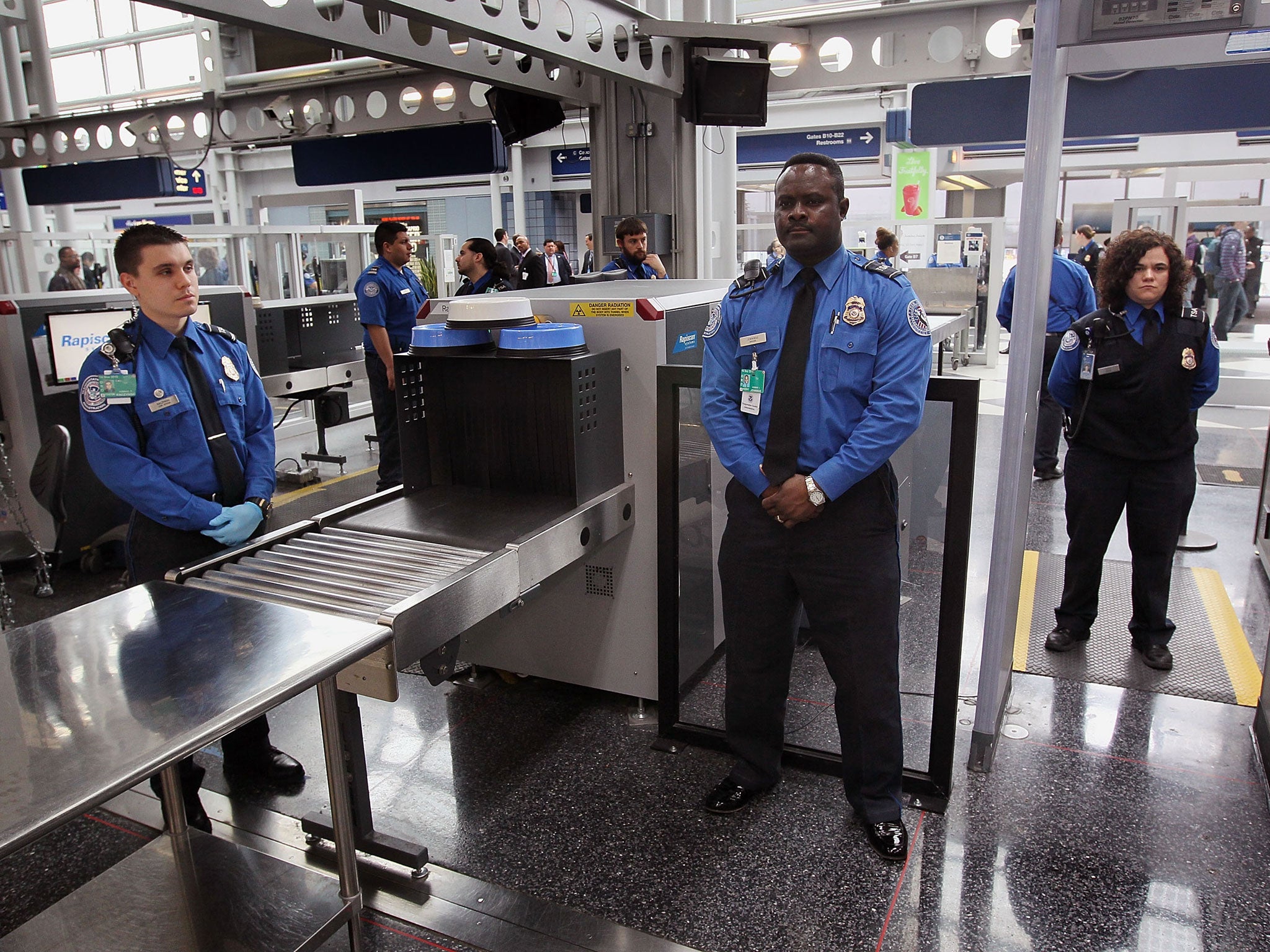 Currently, different political leaders are pushing stereotypes forward. Right now we see some political (presidential) candidates who want to create more barriers for Muslims in our country and around the world. When these negative labels and stereotypes are compared to the actual radicals (of any religion or background) who wish to cause harm and destruction, those radicals can actually use the stereotypes to their advantage. When looking at Trumps ban on Muslims entering the U.S., it’s not only morally wrong to prevent a certain group from coming in, but it can also backfire on our nation. While Trump assumes that stopping Muslims from entering the U.S. would boost domestic security, experts say such rhetoric bolsters the message of extremist groups like ISIS, and ultimately increases animosity and potential retribution attacks against the U.S. (Salhani, 2015). If we ban a specific group of people, its very likely that we will see negativity and retaliation brought onto the United States. Even though Trumps plan only calls for banning Muslims who are currently trying to come into the U.S, it still will lead to a harsh divide (lot of problems) since many of them are political refugees trying to find safety amidst chaos. If a country (America) denies them (based on fear that terrorists will hide within the refugee population), refugees would likely have to turn back and be in the midst of danger; which might lead to being brainwashed to join the terrorists cause. ISIS often gains support by convincing vulnerable youths prone to ideological radicalization that the west is against Islam and the Muslim way of life (Salhani, 2015). Statements like Trump’s latest only reinforce that perception and potentially influences people who are susceptible to ISIS propaganda (Salhani, 2015). By creating these divides with Muslims in our community and around the world, we ultimately make social barriers which might point these people to going in the direction of radicalism.

Discrimination and prejudice is all too common to the United States. Many people of different backgrounds have seen various types of discrimination that have led to a lack of trust and truly understanding one’s culture/background. All American citizens need to realize that our nation is one big melting pot (all sorts of backgrounds coming together) and that there’s no room for stereotyping and prejudice. In some ways, when we hear of a terrorist attack, we automatically think of Islamic people who hold the ideology of seeing America being in ruins (destroyed). However, American society doesn’t realize that these radicals (extremists) can come from any background or religion. As non-Muslim American citizens approach this serious topic of terrorism, they often find themselves fuming in negativity towards Muslim communities. This type of hatred only slows down the process of integration for millions of Muslims who are innocent and believe in American values. Scapegoating Muslims also feeds into the negativity that terrorists groups (like ISIS) preach, which could ultimately make them stronger if Islamophobia persists. Its up to our nation to create more community alliances with Muslims in the U.S. and abroad so that they can feel less persecuted against. America is the land which should symbolize safety and security for anyone, no matter what background he or she comes from. 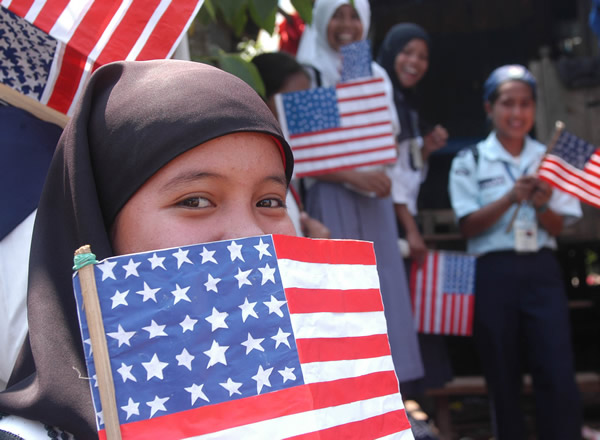