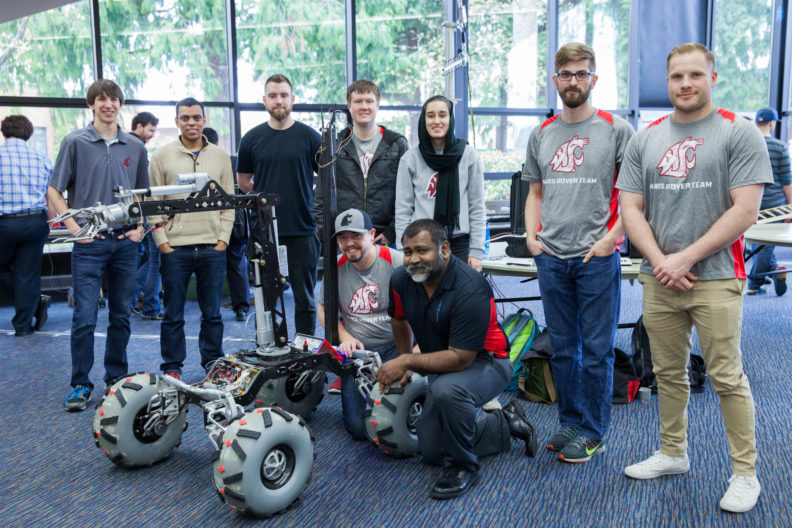 In the desolate land of Mars there is an astronaut without any human assistance other than his/her trusty Rover.

The challenge here is to design and construct a rover that will be able to maneuver in Mars’ terrain.  But most importantly be able to assist an astronaut by turning valves, bring supplies to him/her, complete a soil test and many other tasks.

Universities across the globe compete in this world premier robotics competition. It is held in southern Utah desert during the summer to resemble Mars’ surface. Starting with our 2014 rover we cut down the weight and added some improvements. Replaced the chassis’ material from aluminum to carbon fiber and swapped the 8-inch wheels with 16 inch. Starting in the beginning of 2014 we were unable to complete the rover in time for the 2014 University Rover Challenge competition. However, we were able to construct a running Rover by the end of the school year.